If you’re not an experienced kratom user, you may be wondering, “what even is kratom?” Kratom, also known as Mitragyna Speciosa, is a lush tree that can grow up to 82 feet tall and three feet wide. Native to Southeast Asia, the kratom tree is a member of the coffee family. Let’s talk about the origin of kratom. 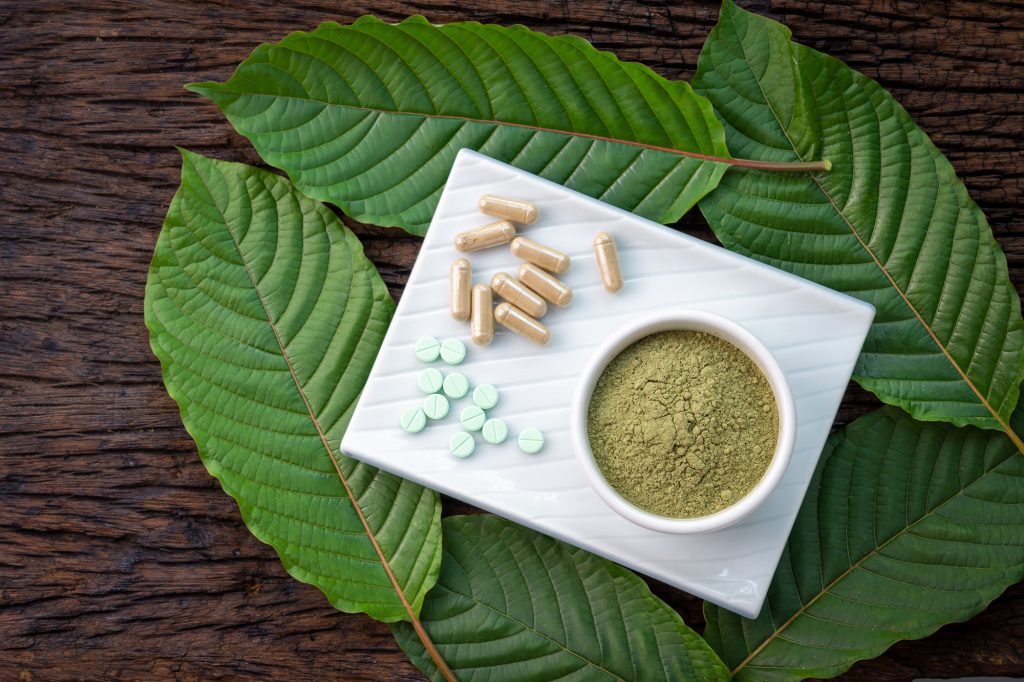 The appeal that kratom has is held in its leaves. Dark green and glossy, the kratom plant’s leaves can grow up to 8 inches long. These leaves hold active ingredients like Mitragynine, 7-hydroxymitragynine and other powerful alkaloids.

The kratom tree has historically been a large part of the Southeast Asian region’s culture. It had been used in many different forms for centuries across Asia before coming to Europe and the U.S.

In Southeast Asia, warm and wet tropical climates provide the perfect ecosystem for kratom trees to thrive. The acidic and rich soil located in this region allows for powerful nutrients to grow within the plants. Traditional use of kratom in Southeast Asia was first reported in 1836, but was likely used for centuries before.

Kratom had an important place in the lives of villagers and workers in Southeast Asian countries. Many small villages had limited access to approved pharmaceutical drugs, so natural remedies were the main form of healing. In Thailand in the early 1900s, kratom farming began for human consumption.

Kratom was often used to promote energy in Thai labor workers. It was also used to enhance moods and relieve stress for those in stressful, demanding professions. Kratom was often compared to that for its supposed enhancing effects.

Many are shocked to learn that the recreational use of kratom is currently illegal in Thailand. Despite this being one of the main places of origin, the Thai government outlawed farming of the tree in 1943. This was used as a tactic to control the opium market, as its value was quickly deteriorating.

After multiple attempts to legalize kratom, a law legalizing the medical use of kratom was passed in 2018. Similar to the treatment of marijuana in some U.S. states like Florida, West Virginia and Pennsylvania, kratom is only allowed in Thailand for approved medical purposes. Those who want to use kratom medically must undergo a registration process.

When Kratom Came to the US

While kratom was a rich part of Southeast Asian culture, the Americas had never heard of it until the Vietnam War. During the war, American soldiers in Vietnam caught wind of the popular kratom plant. When the indigenous Vietnamese people introduced kratom to the soldiers, it was used to endure the war.

After the war, some American soldiers returned home with kratom, while others imported from Southeast Asia. An increase of popularity brought suspicion from lawmakers, who eventually increased regulations that still stand today.

In 2014, kratom was marketed as a dietary supplement in the U.S., although no medical claims supported this. In 2016, kratom was completely outlawed in Arkansas, Alabama, Indiana, Wisconsin and Vermont. That same year, the Drug Enforcement Administration (DEA) announced that the active ingredients in kratom may soon be labeled as a public safety hazard.

In April of 2019, the FDA warned consumers that imported kratom products may face confiscation due to safety concerns.

Even so, kratom use has remained popular and is still regarded by many as a source of stress relief. However, there is little to no scientific research to back these claims.

Kratom is mostly found online in many different forms, but can also be found in cafes and bars, marketed as a relaxing tea.

How is Kratom Used?

Kratom is known to taste bitter and unlike anything else. While some may enjoy this unique test, many choose to use it in food or drink to mask the taste.

There are several ways that kratom can be ingested. One of the most popular ways to take kratom is called toss and wash. Users measure the desired dose of kratom powder, toss it in their mouth, and wash it down with a drink, usually water or juice.

While this is a simple way of ingestion, it can be a turnoff for those who don’t enjoy the taste of kratom. Another popular way of ingestion is by drinking tea. By adding kratom leaves or powder, lemon and sweetener to simmered hot water, kratom yea may taste mild and soothing.

Others choose to take kratom in a capsule form. Many buy filled capsules online, but some choose to make their own.

When measuring out powder for ingestion, be sure to research the appropriate dosage size. Too large of a dosage may cause negative side effects. Also, be sure to purchase kratom from a reliable source.

Are You Curious About Kratom?

While the history of kratom is brief, it sparks the curiosity of many alternative medicine users all over the world. Even though the FDA does not approve kratom for medical use, many people all over the world use it for a wide range of alleged health benefits.

Are you curious about kratom? See why Cali Botanicals’ kratom products are different from others online. For a trusted source for all your kratom needs, shop our products.

*Please note that the article above and the products mentioned have not bee evaluated by the FDA. These statements are not intended to diagnose, treat, cure, or prevent any disease.

Posted in Kratom Facts and info
← Kratom Capsules vs Kratom Powder: Which Is Right for You?Understanding the Origins of Kratom: Everything You Need to Know →
×